Earlier today, Samsung announced that its line of Galaxy S phones, which include some of the most popular phones on the market today, will not be receiving the latest Android update, Ice Cream Sandwich.

This means that about 10 million people will be out of luck and will have to be satisfied with the outdated, Android 2.3 also known as Gingerbread until they decide to drop more money on a brand new phone.

Many of the Galaxy S users are asking, “Why??”.  Well, Samsung says its hardware isn’t powerful enough to support Ice Cream Sandwich and its TouchWiz skin for Android. (TouchWiz is the extra layer of design Samsung adds to its Android phones)

This is awful news to many.  With this announcement, Samsung has made Google look pretty foolish when Google said that Android devices will start getting on a somewhat unified update cycle, similar to what iPhone and Windows Phone users enjoy now.

This is making Android’s popularity fall pretty fast as their updating “system” needs some major work.  It seems that the only way you are guaranteed the new Ice Cream Sandwich is if you purchase the new Galaxy Nexus phone otherwise you will be waiting weeks, months, or forever before Samsung decides that it’s time for your phone to be updated.

Like I said, this is causing Android’s ranking to fall to both Apple and Microsoft.  Look at Microsoft, every single Windows Phone is eligible for the latest version of  Windows Phone 7, even if the phone was released more than a year ago.

Google needs to get it together and figure out a way to keep its customers around or they will end up with little to no customers at all.

Google has hit the pause button on its rollout of Android 4.0 to the Nexus S that began last Friday.   Details are still sparse, but many users are claiming that they’re still getting update notifications over the air.  The only difference is that when the update process is complete, the phone simply boots back into Gingerbread.  No one knows the exact reason for this delay but the company says they are “monitoring feedback”.

If you received an update notification a little while ago but the update isn’t currently available for your phone, this is likely the result of Google pausing the update in your area while we monitor feedback. The Android 4.0 update is continuing to roll out around the world so your phone will receive another update notification when it’s available again in your region.

As an update from a earlier post today, the Samsung Galaxy Nexus has finally received a release date for the U.S.

Many sources have been saying the the release will be later this week on the 15th. The sources consist of second party vendors, different tech blogs, as well as some tipsters who originally leaked phone pictures and videos to the public.

What each of these sources is saying is that Verizon retailers literally have the Galaxy Nexus in their stores right this minute but will not be able to sell them until the 15th of this month.

The Galaxy Nexus and Google’s Android Ice Cream Sandwich have finally arrived in North America but not in the U.S.

Last Thursday, Android fans in Canada were able to purchase Samsung’s new Galaxy Nexus smartphone as it launched on Canadian carriers Bell for $159.95 and Virgin Mobile for $159.99, along with each company’s respective data plan.

Unfortunatly for many, the Galaxy Nexus does not yet have a release date or even a price set for the U.S.

The Nexus has been on sale overseas in Britain for weeks now and is even launching across Europe in the next few days.

Whenever the Galaxy Nexus hits the States, it’ll be available on Verizon’s 4G LTE network (something we’ve known since mid-October), sporting a massive 4.65-inch touch screen with a 1280 x 720 pixel resolution, a 1.2-gigahertz dual-core processor and 1 gigabyte of RAM.

The new handset will also have a 5-megapixel rear camera capable of shooting 1080p video and a 1.3-megapixel camera on the front for video chatting, and no physical buttons on the curved face of the device. The back of the Galaxy Nexus looks, well, a lot like the Galaxy S II and the LG Nitro HD. 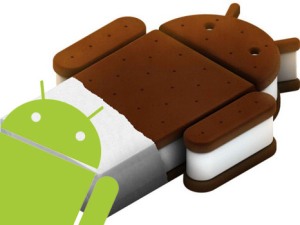 Although many of use are still waiting for the much anticipated Ice Cream Sandwich Android update, there might be an opportunity for some of you to get it early.  CyanogenMod has developed their own version of Ice Cream Sandwhich and is offering it to certain mobile phones right now.

CyanogenMod is an aftermarket firmware for Android phones.  Essentially it’s a ROM that brings all kinds of new features and controls to Android, along with a slick interface.  The members of CyanogenMod have been working hard these last couple weeks building “CyanogenMod 9”, which is based off of the open source code for Ice Cream Sandwich that Google just released.

Unfortunatly, CyanogenMod 9 is only available for the Samsung Nexus S (alpha version) , and the Galaxy S (beta version) at the moment.

The builds have been available for about a week now, and the chatter on the user and developer forums has been mostly positive, with the exception of a few persistent bugs involving MMS and a few other things.

BE WARNED.  The downfall here is that there’s always some risk associated with modding or rooting and it’s possible to end up with a bricked phone. Be sure to use an app like Titanium to backup everything on your phone before attempting to install CyanogenMod.

Galaxy Nexus Comes To The U.S. This December

Looking for a Christmas gift to give a certain someone this year?  Or maybe just want to treat yourself to something new?  You might want to look into the new Samsung Galaxy Nexus from Verizon.

Recent reports are showing that the highly anticipated smartphone will be arriving at stores in the U.S. this December.  The Galaxy Nexus has been deemed “a big step forward for Android” by CNET editor Kent German in CNET’s report reviewing the phone.

Reports from Business Insider claim that Samsung will in fact be launching the phone before years end.  That is all that is known at this point but it is a safe bet that we can be expecting the device to arrive before December 25th which will make a lot of people’s Christmas that much better.

Apple Regretting Their “New” iPhone With Competition Coming From Google

Earlier this week, many fans of Apple products found themselves disappointed when the unveiling of Apple’s “new” iPhone (the iPhone 4S) when noticing that everything about the phone was the same with some minor upgrades that didn’t live up to the hype that the media gave.

Apple may start to regret their choice on releasing the 4S with competition showing up from Google.  Just 24 hours after the launch of the iPhone 4S, Google released a trailer saying that “something BIG was coming” which was a preview for their upcoming, much anticipated, Nexus Prime which many people believe will be the first phone to run on Android 3.5 Ice Cream Sandwich.

This week Samsung unveiled in its home nation of South Korea the monstrous Galaxy S II HD LTE, complete with a 4.65-inch Super AMOLED handset with 1280 x 720 pixel resolution — 50 percent more pixels than the iPhone 4S display.  The Nexus Prime is expected to get an LTE modem and a similar high-resolution screen.

Not much is known or could be told from watching the video but there are a lot of people excited for it and now with disappointed Apple fans, Google might be seeing an increase in business in the upcoming months.

Google Wallet will allow its users to leave their house without the worry of forgetting their wallets as their phone will take its place.  The mobile app uses a chip in the phone so it can be waved in front of payment stations to buy things.  Users set it up by registering a credit card to the phone or loading a Google Prepaid Card with a credit card.  Along with this a four digit password will be required for the user to be able to make the digital transactions.

Google Wallet works only with phones with an NFC (near field communication) chip, which allows secure digital transactions over a short distance.  So unfortunately, the only phone that people will be able to use the Google Wallet with would be the brand new Nexus S 4G although more phones are to be expected with this chip soon.

As of right now, the app is relatively new so paying with Google Wallet is possible only at stores that offer MasterCard PayPass.  A MasterCard PayPass finder is built into the app and displays nearby locations where PayPass works. These can be viewed on a map, in a list or filtered by category. For now, only 150,000 merchants have the equipment in stores to use PayPass.

For now, Google Wallet is new but it is easy to see that digital wallets will be a lot more developed in the near future.

Android users pay attention because the new Android version, Ice Cream Sandwich, looks to be near its launch date.

Earlier this morning, images from multiple websites appeared showing off what looked to be the new Android Ice Cream sandwich.

One of those sites, Rootzwiki.com, showed Ice Cream Sandwich running on Google’s Nexus S phone (image on right).  The images shown show a new updated notification bar with some updated icons along with a blue theme.  A new customization control panel is also shown.  Many people have said that it looks like the panel that you would see on Android Honeycomb powered tablets.

The other site, AndroidPolice.com, have also uploaded a couple images (image to left).  These images show that the phone is in fact running on Ice Cream Sandwich.  The other image shows what looks to be the notification bar pulled down and has a new black theme to it.

So it looks like Ice Cream Sandwich might come out sooner than expected.  It will most likely be available for Nexus S phones first and then for other phones as the year goes on. 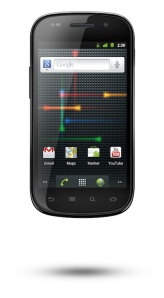 Earlier today, the new Google phone, the Nexus S,  was launched.  It seems as though many people were surprised that it was announced in only a simple blog post. Many, including me, thought the phone would be announced on December 7th when Google releases its first operating system, ChromeOS. Never the less, the phone is here and will be available for purchase at your local BestBuy store for $529 or $199 with a new T-Mobile two-year contract.

The phone itself will have a 4 inch Super AMOLED touch screen.  With a 800×400 screen resolution. This itself is a difference as that many of today’s smartphones have only a 3.5 inch screen.  But anyways, the phone will also include a 5 megapixel camera with an LED flash. There will also be a 3.5mm headphone jack for all of your music listening needs.

As for inside the phone, the Nexus S will run on Android 2.3 (Gingerbread) on a 1GHz processor making this the first phone to have/run on Android 2.3.   Besides this, the Nexus S will come with 16GB of flash memory and will come installed with Adobe Flash.  The phone, like other smartphones, will have Wi-Fi, Bluetooth, and GPS on it as well as all of the apps your heart could possibly desire.

Overall the Nexus S looks to be a good phone.  I think that people were expecting a lot more but none the less, it looks pretty good.